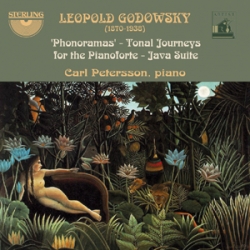 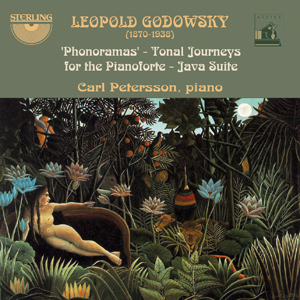 The second released CD by Carl Petersson brings you the inspiring music of Godowsky. It received a prestigious recommendation by Fanfare, picked as the classical album of the month in Hi-Fi & Music and in Sweden the acknowledged newspaper "Göteborgsposten" called it a baffeling showcase of virtuosity.

American Record Guide does not only say that Carl executes the showmanship of the works but that he also is a very fine musician and should give Debussys preludes a go.

Buy the CD online on Amazon.com